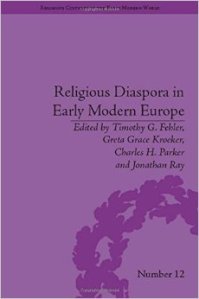 Early modern Europe was the scene of near-constant streams of religious exiles. When Protestantism emerged and was condemned as a heresy, followers were forced to flee from Catholic society. As the tide turned, many Catholics found themselves having to take flight from religious intolerance. Jews and Muslims, too, were forced from their country of birth as legislation or growing public pressure made exile inevitable. This collection of essays looks at the shared experience of exile across different groups during the sixteenth and seventeenth centuries. Contributors argue that exile is a useful analytical tool in the study of a wide variety of peoples previously examined in isolation.